It’s now six months since the Great Barrier Reef experienced the widely reported coral bleaching event, predominantly in the Far Northern sector. Whilst our Cairns and Port Douglas region reef sites were impacted to a much lesser extent, we’re delighted to showcase the health and resilience of coral communities in this magnificent World Heritage environment.

We caught up with Quicksilver Group’s Environment & Compliance Manager, and Marine Biologist, Doug Baird, as he takes us on an underwater tour at the pristine Agincourt Reef.

Passengers aboard Pro Dive Cairns’ liveaboard trip from 18-20 June 2016 share their experiences and current conditions on the Reef. Pictures may speak a thousand words, but this vision just might leave you speechless.

Pro Dive Cairns’ 3 Day 2 Night liveaboard trips, and Silverswift’s dive and snorkel day trips visit a selection of 19 exclusive reef sites in some of the most spectacular Outer Barrier Reef locations from Cairns at Flynn, Milln, Thetford and Pellowe Reefs.

Update #2 – 11 April 2016:
2 weeks ago we spoke to our Marine Biology experts for some up to date information about what coral bleaching is and to what extent it was affecting our region.

Today we catch up with the Quicksilver Group’s Environmental & Compliance Manager, Dougie Baird, to get an update on current conditions and have a chat with some guests to find out about their reef experiences.

Update #1 – 31 March 2016:
The Great Barrier Reef is a massive, dynamic living natural wonder spanning 344,400 sq km. In light of recent media coverage about coral bleaching we believe it important to state some of the facts. So we asked two of the Quicksilver Group’s senior environment and marine biologists to give us a better understanding of what coral bleaching is and what the impacts are.

What is Coral Bleaching?

Coral bleaching is caused when coral under stress voluntarily expel the microscopic marine algae, called ‘Zooxanthellae’, from their cells. Through photosynthesis these algae give corals most of the energy they need to grow, reproduce and provide the colour to the coral. As a coral gets more stressed more and more Zooxanthellae are ejected from the transparent tissue of the coral, and more of the corals white skeleton is revealed. The coral is still alive, but is in a distressed state.

Where is the Coral Bleaching?

The Great Barrier Reef consists of 4 general sections: Far Northern Section, Cairns Section, Central Section and the Mackay-Capricorn Section. The area under the most stress from the current bleaching event that is being widely report in the news media, is the Far Northern Section that runs from Lizard Island up to the tip of Cape York. Lizard Island is approx. 200kms north of Port Douglas and 250kms north of Cairns.

The ‘Cairns Section’ which runs from Cooktown, past Port Douglas and down past Cairns, is not experiencing the extreme bleaching event seen in the Far Northern section.

Which Corals are impacted by Coral Bleaching?

All corals can be affected to varying degrees, but Staghorns and corals in shallow water are the most at risk. Soft corals are the most resilient, but if exposed to high water temperature for prolonged periods of time they will experience paling and eventually bleaching (1 degree Celsius above normal summer max temperature for 4 weeks is normally the trigger).

Is Coral Bleaching fatal to Corals ?

It can be, but not always. Importantly, coral bleaching does not mean a death sentence. As corals get most of their energy requirements from the zooxanthellae, without them the corals starve, but if the causative stress is short lived, the plant cells will be reabsorbed and the corals colour rebounds quickly. These corals may however experience reduced growth and reproductive capability for that year, and are more vulnerable to disease. The more prolonged the stress event, the more chance of mortality.

Yes, the Great Barrier Reef system is over 18 million years old and has rebounded from various geological events like Ice Ages, low sea water levels, and warmer water over its enormous life span. In the current bleaching event, some corals will recover once ocean temperatures drop below 29.5 degrees Celsius and corals that have died can be recolonised by coral larvae during the next spawning event. In some cases recovered areas may be recolonised by hardier corals and be more robust for future events.

How long does it take for the Coral to recover?

It depends on the severity and length of the bleaching event, as well as the type of coral involved. It could be weeks, months or even years.

What impact does this have on other marine life (ie, fish, etc )

In the short term not much. In the longer term, fish which normally hide in coral colonies may be more visible to predators and therefore more vulnerable, and fish that normally eat coral polyps will find their food source is reduced

Currently the reefs off Port Douglas and Cairns have proven to be very robust in the face of the current bleaching event. When the sea temperature decreases as is now trending as we move into April, affected corals will start to recover with minimal mortality. If the water temperatures remain high, then mortality in the staghorn and other more susceptible corals will become visible. 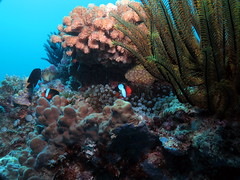 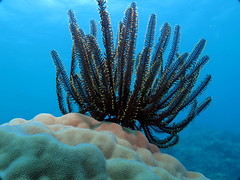 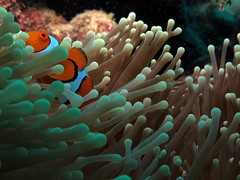 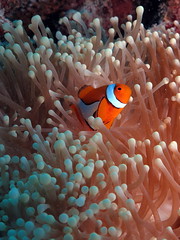 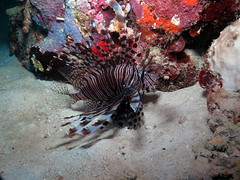 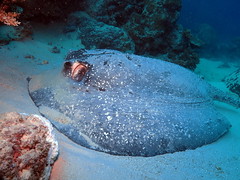 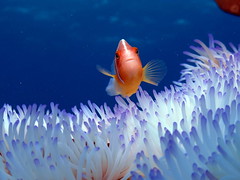 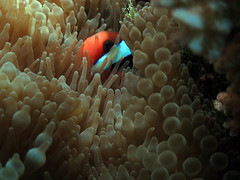 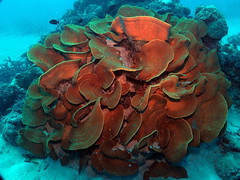 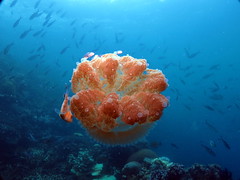 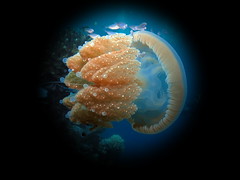 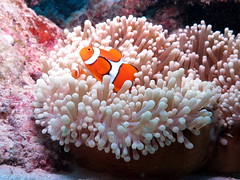 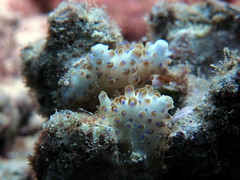 Poseidon Cruises is currently undergoing maintenance and is unavailable. We recommend www.silverseries.com.au for all your Great Barrier Reef dive and snorkel adventures.